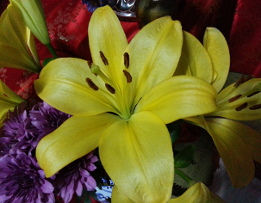 What follows are brief explanations of some key Buddhist teachings.  If you have any questions then feel free to contact us.

Right Understanding and Intention are the manifestations of Buddha-like Wisdom, which ends all suffering, transforming the personality, producing unshakeable calm and tireless compassion.

Right Speech, Action, and Livelihood constitute the training in virtue or morality.  For a practising lay Buddhist it consists of maintaining the Five Precepts, which are to refrain from: 1. Intentionally causing the death of any living being;  2. Intentionally stealing;  3.Sexual conduct that is harmful to ourself and others;  4. Lying and breaking promises;  5. Consuming alcohol and stupefying drugs which lead to a weakening of mindfulness and moral judgement.

Right Effort, Mindfulness, and Concentration refer to the practice of meditation, which purifies the mind through the experience of blissful states of inner calm, and empowers the mind to realize the meaning of life through profound moments of insight.

Anatta means “Not-self.” There is no essential, independent, permanent identity that can be called a “Self” or “Soul.” Anatta is also sometimes translated as Selflessness.

Impermanence (Anicca in Pali) is a universal natural law, that all things born/created are subject to change.

Karma means “action.”  According to the law of karma there are inescapable results of our intentional actions.  The seeds of karma are produced by deeds of body, speech, and mind that cause harm to ourself, others, or to both.  Such deeds cause “bad” or “unwholesome” karma.  They are motivated by craving, hatred, and ignorance, and because they bring painful results they should not be done.

There are also deeds of body, speech, and mind that lead to our own own well-being, to the well-being of others, or to the well-being of both.  Such deeds cause “good” or “wholesome” karma.  They are motivated by generosity, compassion, or wisdom, and because they bring pleasant results they should be done as often as possible.

Much of what we experience is the result of our own previous karma.  It has both potential and actual aspects. Karmic seeds that reside in our consciousness represent the potential for our subsequent existence in the realm of Samsara (realm of birth, death, and rebirth). Karma is the fuel that energizes the Samsaric process.  Thus, the cultivation and practice of morality, compassion, and wisdom is an essential part of Buddhist life.

Nirvana (Nibbana in Pali) means “extinction” or “blowing out,” as if a candle was being blown out.  Extinction here refers to the complete end of craving, hatred, and ignorance which leads to perfect bliss and peace.  Nirvana is also known as the “unconditioned state,” as opposed to the conditioned state of existence in which we find ourselves.

Nirvana is the transcendence of the cycle of Samsara, which is what the Third Noble Truth is pointing to.  But the deluded Samsaric mind cannot truly understand this truth, as it tries to use the sense organs and intellect to grasp at Ultimate Reality.  It can only be experienced directly through diligent and skilful practice of the Eightfold Path, which leads to happiness and liberation.

All phenomena arise as the result of causes, conditions, and results.  That means, all things in this world are interdependent and interconnected in myriad ways.  The Twelve Links represent one complete cycle of life:

There are five causally conditioned elements of existence that produce the deluded sense of a separate self, permanent and fixed, which appears to exist apart from all other phenomena.  However, this “I” is still subject to the Three Characteristics of Existence, namely Impermanence, Suffering, and No-Self (Selflessness). The Five Aggregates are:

This commonly misunderstood term refers to the fact that all phenomena are “empty of” (do not have) a completely separate existence apart from all other phenomena.  This is the teaching of interdependence, and interconnectedness.